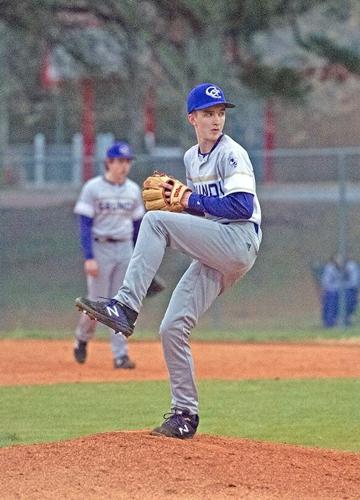 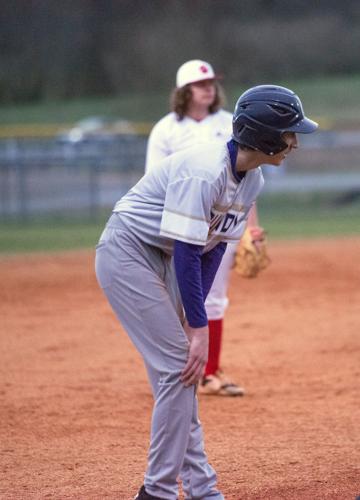 The Grundy County baseball team’s 2022 season is off to a slow start. Head coach Brad Dees’ young squad is 0-4 through its first four games of the schedule.

The group of 17 that includes just two juniors and two seniors has managed to hold its own, but the Yellow Jackets are still looking to win their first game as they wrap up the second week of the season.

South Pittsburg handed GCHS its first loss of the season Monday, March 14 on a walkoff home run. Both teams yielded just one hit each through seven innings, but the Pirates’ first hit of the contest was the one that mattered most. SPHS pinch hitter Coy Hackney lifted a 1-2 pitch over the centerfield fence to win the game 1-0.

Jaxon Woodlee got the start on the bump and threw 3.2 innings of no-hit baseball. The sophomore walked five and struck out five but received no decision. Isaac Campbell relieved Woodlee in the fourth and stranded a runner to escape the inning. Campbell walked two and struck out two before giving up the game-winning hit in the seventh.

Campbell recorded Grundy’s only hit with a single in the top of the fourth. The sophomore finished the day 1-for-3 at the plate.

GCHS was outscored 22-4 in back-to-back games at Whitwell and Sequatchie County last week. Whitwell bested the Jackets 11-3 on March 15. While Grundy out-hit the Tigers 8-5, a 10-run first inning and six errors doomed the Jackets.

The defense struggled behind Gauge Marcom’s first start of the season. Despite giving up just two hits and striking out two, the sophomore hit three batters, walked two and saw the infield commit a pair of errors that led to nine Whitwell runs. Gavin Knight got the Jackets out of the long inning with a strikeout, but not before another run scored on an RBI single. All 10 runs in the first were unearned.

Grundy settled down after the laborious frame and got on the board in the third with a pair of runs. Will Foster grounded a single through the left side and Byers doubled him home in the following at bat. Colton Rogers then laced a single up the middle to score Byers, cutting the WHS lead to 10-2.

Whitwell tacked on an insurance run in the sixth before Isaac Martin provided the Jackets’ final run with an RBI single in the seventh.

Knight threw 4.1 innings out of the pen, allowing just one run on three hits and a walk. The freshman stuck out seven and did not give up a run past the first inning. Martin threw the final frame and recorded a punchout.

Garret Dees led Grundy at the plate with a pair of hits, going 2-for-4 with two singles, and swiped a base.

The Yellow Jackets managed just one run in an 11-1 loss at Sequatchie County on March 17. The Indians held GCHS to just two hits in the five-inning contest.

Foster and Logan Isbell garnered the two lone Grundy hits, and Foster scored the only run in the third on a passed ball.

The Indians slugged their way to the win behind the bats of Anthony Wright, Trayvon Boston and Jaxon Boston. The trio combined for six hits and eight RBIs against Grundy’s Woodlee and Campbell. Three errors saw just seven of the 11 SCHS runs earned.

Grundy dropped its first home game of the season 5-1 Monday to Bledsoe County. Despite the Jackets trailing just 2-1 going into the sixth inning, the Warriors plated three more runs to put the game out of reach.

BCHS struck first with a pair of runs in the first inning. Knight recorded two quick outs, but the Warriors took advantage of two hits and an error to jump out to a 2-0 lead.

The Jackets got a run back in the fourth following a Charles Byers double to lead off the inning. With two outs on the board, Gavin Hobbs grounded a single to left to score the sophomore from second.

Bledsoe tacked on three insurance runs in the sixth on a double, walk and error. Grundy committed four errors, leading to just one of the Warriors five runs to be earned.

Byers was 2-for-3 with a run scored to lead the offense, while Hobbs was 1-for-2 with an RBI. Knight contributed the Jackets’ only other hit.

Knight and Marcom combined for seven innings on the mound. The two yielded just four hits and struck out nine batters. Each walked just two batters, but errors plagued the outings for the young arms.

The Yellow Jackets take on Bledsoe County on Thursday, March 24 in Pikeville. First pitch is scheduled for 5:30 p.m. at BCHS. The Jackets visit Franklin County on Friday, March 25 at 6 p.m.

Grundy’s next home game is Monday, March 28 against Community. First pitch in Coalmont is set for 5:30 p.m. The Jackets follow up the contest with a road game at Community on Tuesday, March 29 at 6 p.m.