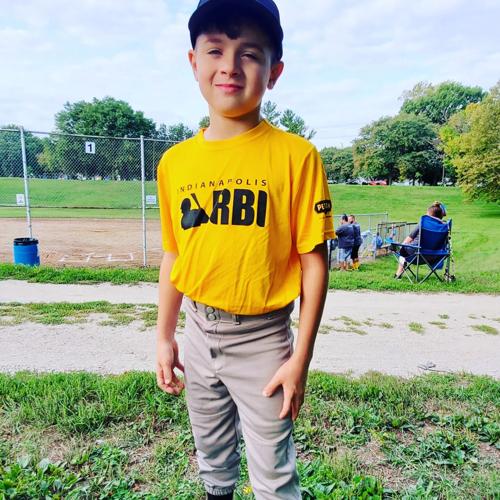 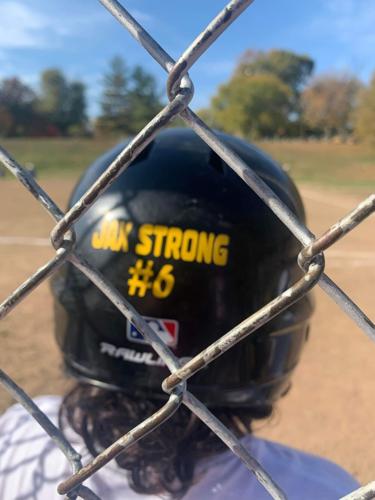 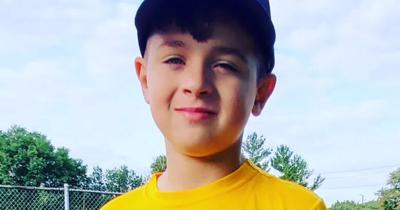 Both Nickells were charged with four counts of reckless endangerment with a deadly weapon involved. Gregory was also charged with three counts of possession of a handgun by a convicted felon. According to Wilder, the police confiscated two handguns, including the .38 Special revolver used in the shooting, a 12 gauge pump action shotgun and a few hundred rounds of ammunition at the time of the arrests.

On Sunday, Oct. 16, Julie’s great-nephew Jax Coulter was shot in the side with a hollow-point bullet from the .38 revolver. The bullet damaged his liver, a kidney and his spine, barely missing his spinal cord. Jax was airlifted that evening to Erlanger Children’s Hospital in Chattanooga where he was immediately placed on life support. After an 11-day stay and several surgeries to repair his damage organs, Jax was released to his parents, Johnny and Sierra Coulter, and traveled home to Indiana. The bullet, however, remains lodged in the child’s spine. Because of the sensitivity of the location, surgery to remove it has yet to occur.

The Herald spoke with Johnny and Sierra Monday evening. While they are grateful his life was spared, his recovery is far from over.

“The bullet is still lodged in the vertebrae, but did not mess with his spinal cord,” Johnny said. “Jax had a CT Scan and x-rays to determine what course to take next. Jax can’t start physical therapy until the scans and x-rays are reviewed. At the moment his right arm is bent at a 45-degree angle and he walks hunched over.”

Sierra added, “Jax wakes up in the middle of the night screaming in pain. He is taking Methocarbamol, which is used to treat muscle spasms/pain, and low doses of ibuprofen and acetaminophen. Our 6 month old gets a higher dosage than Jax is allowed. We are awaiting a referral to a pain management specialist.”

The Coulters lives changed the night of the 16th. They traveled from Indiana to Grundy County with their two children, Jax and his 6-month-old sister, Mia, to celebrate and show support for the opening of Grundy House, a facility opened by the Nickells. After the ribbon cutting and grand opening of the youth center, Johnny and his wife had gone back to their Airbnb in Altamont to rest with their 6 month old and to await the rest of the family and friends who had come from Indiana and Florida to share in the celebration.

According to the Coulters, Jax was left in the care of his grandmother. Per Sierra, she had spoken to Julie Nickell about the plan. Jax and the other children were going to help the Nikells set up for the VBS program set to begin the next day. After they set up, the kids were going to have pizza before heading to Altamont. Neither parent is sure what happened next, but Sierra received the fateful phone call alerting her to the shooting. Both assert that they had left Jax with Kim Adams, Sierra’s adoptive mother, who had traveled from Florida with her son’s 6 and 9 year old sons. Jax was enjoying the time with his cousins, including the Nickells’ two teens. They are still unsure how and why the children were taken to the Nickells’ house in Tracy City.

“Kim Adams is the direct link to this catastrophe,” Johnny said. “She brought the children from Florida, and was directly responsible for their care. Sierra and I have no idea how the children got to the Nickells’ home and would have never allowed it. We were expecting them to finish up and come out to the Airbnb. We haven’t ever been to Julie’s house and we don’t really know Scott all that well.”

The Coulters learned of the shooting via telephone and rushed from Altamont to Jasper where Jax had been transported to meet the Life Force helicopter that would take him to Chattanooga. Though the experience was terrifying and traumatic, Coulter said the Life Force crew and the nurses and doctors at the hospital gave them comfort and made the experience tolerable.

“The Life Force people came to check on Jax; we appreciated that very much,” Johnny said. “It was a beautiful thing to see the nurses and doctors taking care of people in their worst of times. They consoled my child held his hand and provided comfort in their presence.”

Johnny and Sierra both expressed relief that Jax’s injuries have begun to heal and that his life was spared, but want to educate people about what happened and the Nickells’ role as directors of the youth programs at the center.

Julie Nickell had reached out to The Herald in early October to promote the opening of the center and their Fall Bash VBS that corresponded with Grundy County Schools fall break. To the amazement of the Coulters, the VBS program went on the next day.

“Less than 24 hours after the shooting occurred, Julie opened the doors and held VBS,” Sierra said. “We are in the hospital watching our son cling to life and they went on with life as usual.”

“These people are wolves in sheep clothing,” said Johnny, who pointed to the previous felony, the number of weapons allegedly located in the home and the current charges.

Johnny went on to say, “I am a father and veteran seeking justice for my son, and I will never stop. These people spent less than one day in jail when my son has a bullet lodged in his spine. The people in your county should know the truth.”

The Coulters said that this experience will not keep them from returning to Tennessee. In fact, they plan to return annually to mark the day that their lives changed forever.

While in Chattanooga, the Coulters spilt their time between the hospital and the Ronald McDonald House which provides lodging for families with children under care who are from out of town or state. The organization's motto is “Helping Families Feel At Home Even When They Can't Be.”

“I never realized what the Ronald McDonald House provided to families before this,” Johnny said. “You see those coin drops at the restaurant, but I never thought about where the donations went. One of the best experiences out of this all was Ronald McDonald House. It’s a beautiful organization.”

Sierra agreed, “Our daughter was too young to go into the PICU when Jax was there. Johnny spent the nights in the room with Jax and I stayed with Mia. In the morning, or anytime I could, we would switch up so I could go in. We were able to wash clothes, shower, sleep, and have access to the kitchen whenever we needed to. They try to normalize the experience as much as possible for the parents and families. I’ll eat at McDonalds the rest of my life.”

It wasn’t only the RMH that treated the Coulters well, the hospital gave them diapers and baby wipes, a play mat and a lot of other things they would not have traveled with.

“We learned what Southern Hospitality truly is,” Sierra said. “The nurses, doctors and everyone at the RMH made us as comfortable as possible during the 11 days we were there. It was amazing that there are so many resources available to parents."

Jax was transferred Oct. 27 from Erlanger to Riley Children's Hospital in Indianapolis, Ind. where he is continuing to receive care as an outpatient. Before returning to Indiana, the family was able to visit the Tennessee Aquarium. One of Jax’s doctors at Erlanger presented him with passes to the aquarium when he was released.

“”It’s going to take Jax a while to get back his physical abilities,” Johnny said. “He is a very active 9-year-old athlete. He’s crazy about baseball.”

Jax’s teammates started a fundraising campaign - Jax Strong #6 - to help cover his medical expenses, traveling expenses and the bill the family will get from Life Force. The team and community has rallied behind Jax.

“Jax can’t wait to start playing again,” Johnny said. “Right now he is limited to around three hours of activity a day, but nothing strenuous. He plays video games and interacts with his baby sister.”

The Nickells were held at the GC Detention Center with bonds of $25,000 for Julie and $50,000 for Gregory. According to the GCDC, Julie posted bond last Tuesday and Gregory on Wednesday, Nov.9.

“This is an active and ongoing investigation,” Wilder said.

The Herald will update the story as information becomes available.

Check your email for details.

Submitting this form below will send a message to your email with a link to change your password.

An email message containing instructions on how to reset your password has been sent to the e-mail address listed on your account.

Your purchase was successful, and you are now logged in.

A receipt was sent to your email.

This offer is currently unavailable.